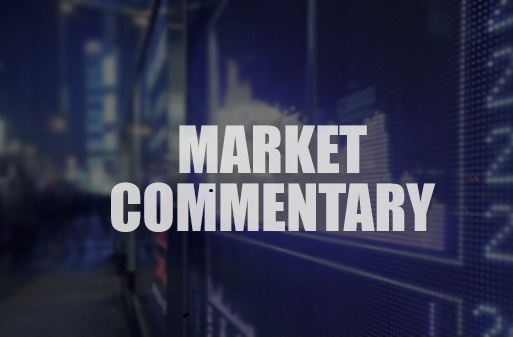 US stocks gained for a second straight week, despite lacklustre earnings.

Last week was all about earnings from the 5 big tech names, so let’s see what we learnt.

Alphabet (GOOG), better known as Google, lost 4.8% in the week after the company reported weaker than expected earnings and revenue for the third quarter. Revenue growth slowed from 41% last year to just 6% this year as the company contends with a continued downdraft in online ad spending.

The company is still growing, just not fast enough to satisfy shareholders and so the stock was sold down.

Microsoft (MSFT) also lost 2.5% in the week after the company reported softer cloud revenue than expected. Total revenue grew 11% year over year in the quarter. Again not fast enough to justify the 25 PE it trades on.

Meta Platforms (META) is a different story. It lost nearly a quarter of its market value after the company reported a drop in quarterly revenue, warned of climbing costs and said losses will accelerate next year. Revenue dropped 4% in the quarter for a second consecutive quarter of declining revenue.

The stock is now down an unbelievable 70% this year.

If you still hold this stock – dump it now. It isn’t coming back.

Meta (Facebook) missed out on the first round of internet growth because they only had the one social media platform. Unlike Google and Apple their only source of revenue was advertising with little pricing power.

Zuckerberg wants to correct this and is betting the farm on the metaverse. He has already spent $30billion building it out, but monthly active users have declined by 50% in the last year. Early adopters tried it, decided it was rubbish and have dumped it.

Zuckerberg should do the same, but he won’t. He doesn’t have any other idea how to turn Meta around. He is all in on the metaverse and the fate of his company is directly linked to the future of this product.

The problem is, at the moment, the product is rubbish. Maybe one day it will work, but we are probably a decade away from that. Whether his company survives long enough to see that happen is question others can worry about. I’m out. He can dream all he wants, but not with my money.

Amazon (AMZN) was down 13% after posting weaker than expected earnings and revenue and gave a disappointing fourth-quarter sales forecast. The ecommerce business made 13% more sales last quarter but the cloud segment grew sales by only 27% and that slowing growth is a bad omen for the profit making division that has been funding Amazon’s other businesses.

But Apple (AAPL) was up 5.8% in the week as it beat on revenue and earnings. However, Apple came up short versus revenue expectations in core product categories including the company’s iPhone business and services… Apple CFO Luca Maestri… said that total year-over-year revenue would grow in December less than the 8.1% during the September quarter. He added that Mac sales would actually decline in the December quarter on an annual basis. He also said that services would grow year-over-year during the quarter, but would be hurt by the macroeconomic environment.

Its “active user base” hit a new all-time high. In theory, that meant the goliath could flog its profitable services to more turtleneck-idolizing superfans, but the segment still posted a measly 5% sales growth.

Can you see a trend here?

Growth is definitely slowing in all the big names. Last week highlights a good lesson in growth investing. These high PE names have a lot of expectation to live up to. Not only must they grow, they must grow by enough to justify their PE. Any signs of slowing growth and the stock gets punished.

I (Matt) have an admission to make here. I have never owned Amazon (AMZN) and I am still not a buyer here. Even after this year’s 36% fall in share price, it still trades on a PE of 100.

It has always been an expensive stock and I can’t justify owning it.

Greg on the other hand has owned Amazon for years and is up over 10 times on his investment.

Sometimes I do wish I listed to him more.

But then I forgot all about those high flying and risky stocks when my favourite oil companies reported on Friday.

Exxon (XOM) announced their most profitable quarter in over 152 years of trading. The company is expected to make over $50billion in profit this year, more than Amazon (AMZN) and Meta (Meta) combined.

Take that big tech. Old school is back.

Exxon’s profit of $20billion is nearly triple the same time last year and the stock is now at an all time high. Chevron (CVX) doubled profits to $11billion and its stock is also at all time highs.

The best bit – even though Exxon will make more profit than Amazon and Meta combined this year, you can still buy it for about one-third the combined value of Amazon and Meta.

So what would you rather buy? One company that makes $50billion or two that make a little less but pay three times the price for them?

Yes these stocks are at all time highs. But they are still relatively cheap to buy.

Taking a step back and looking at big picture stuff, my favourite analysts at FactSet told me 52% of S&P500 companies have reported earnings. The earnings growth rate is +2.2%. But, if you exclude Energy, Q3 earnings are down 5.1% verses last year.

That means that outside Energy, we are in an earnings recession.

With annual earnings of $222/share the S&P500 index is trading on a PE of 17.1. That is perfectly fair. But it does not discount any further earnings declines.

With definite signs the economy is slowing and growth slowing at Big Tech you would have to think earnings decline further next quarter and into next year.

As nice as this rally has been, I’m not buying it yet. I want to stay in my little energy and resource bubble for now as I am not convinced the worst is behind us.

Next week the focus shifts back to central banks.

On Tuesday the RBA is tipped to deliver a 50bps rise. But I have a feeling they will only go 25bps. Yes, Australian inflation is rising, but I am hearing significant changes such as new car order cancellations and high refinancing rates. Our economy is slowing. I suspect the RBA will err on the side of caution.

Then, on Wednesday, the Fed will also announce their latest interest rate increase, widely expected to be +75bps. But this has been factored into prices. It will all be about his comments at the press conference after.