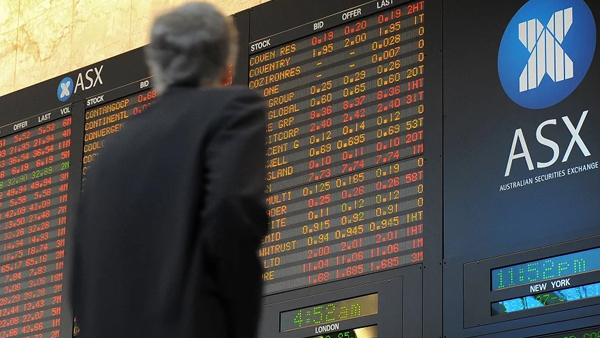 12 Apr Are Australian investors rolling the dice on the May federal election? The odds aren’t good.

Posted at 13:40h in franking credits by Paul Levett
9 Likes

On Thursday morning, Prime Minister Scott Morrison took the short drive to Yarralumla, the home of the Governor-General of Australia, to dissolve the 45th parliament. Thereby triggering an election of the new parliament to be held on the 18th May, and subjecting the rest of us to 35 days of political induced pain – otherwise known as the “election campaign”.

There’s a multitude of important economic issues that will determine the outcome of the election. Everything from tax cuts, to wage growth, climate change, school and hospital funding, to negative gearing will be on the agenda. However, for those of us with a vested interest in the sharemarket, the two biggest issues will no doubt be Labor’s suggested changes to capital gains tax and the elimination of cash rebates for franking credits.

We discussed last week why we think the changes are unfair. They’re hurting the very people who have saved all their lives to set themselves up in self-funded retirement, before pulling the rug out from underneath them at the last minute. If you would like to take another look at why we think this is an injustice you can read our previous article here: https://bit.ly/2IkeB8j

They are monumental decisions that affect all of us. Some unfortunate retirees will be impacted immediately – or at the very least by July 1 when the changes are predicted to be made. While others will have the same path to a fully funded retirement taken away from them before they even got started. If Labor is elected the changes will be imminent.

So what are the chances of Labor actually winning the election? Well, the most recent political polling suggests it doesn’t look good. We’ve currently got Labor leading on a two-party preferred basis by 52-48. And while the recent budget was given a positive rating of over 76% by voters, 61% of them said that it wouldn’t affect their voting position.

The odds at the betting houses around the country, where punters literally put their money where their mouth is, tell a similar story. Sportsbet currently has Labor as $1.18 favourites, not much more than you get for Winx on any given day. And they are at similar odds to win more seats than the Coalition in every state and territory except for Victoria. The Coalition is the outsider at $4.50.

Now, this doesn’t mean the result is set in stone of course. It’s a long election and anything can happen between now and polling day. We’ve seen similar comebacks during the election period. Most notably, Paul Keating came back from a 52.5 to 47.5 two-party preferred vote to prevail against John Hewson in 1993, mainly remembered for Hewson’s infamous birthday cake description and whether GST would be applied to it. And who could forget John Howard’s fight back against Mark Latham in the 2004 election from a similar 52-48 position. Who remembers that bullying handshake that changed the election?

Alternatively, it’s also possible that Labor still wins but without a majority, thereby leaving them unable to get the legislation passed through the Senate. There are sitting Senators on record stating that they are against the law changes and a close election could be just as effective as a Coalition victory. The odds are still not in our favour, however.

So yes, we may get lucky and the Coalition may somehow scrape together a victory, or we may even get a hung parliament. It’s unlikely but it’s not impossible.  So do we sit back, roll the dice, and pray for the numbers to flow our way on May 18th?

I think every prudent investor knows the answer to that. Let’s be honest the odds aren’t good, and the consequences are high. At Capital 19 we’ve been investigating alternative investment strategies since the policy was first announced well over a year ago. You need to remember that this is a bigger issue than just losing your franking credit rebate. It could potentially change the whole way Australians go about investing their money.

Say, Labor win the election in a months time and the legislation passes through the new parliament. What happens to the value of those stocks that have been offering fully franked dividends for almost two decades? Well for starters they become less valuable to investors than they were the day before. With a large portion of the investing population using these instruments for dividends and rebates, what happens when that is taken away? Add to this the halving of the capital gains tax break and holding Australian shares long term becomes a less attractive option.

So, not only will we see the loss of cash rebates, we’re likely looking at a scenario where the big dividend-paying stocks fall out of favour, and we’ll be inflicted with share price losses as well. And let’s not kid ourselves, these stocks are the most heavily traded stocks on the ASX, and they make up the bulk of many of our portfolios.

It would be a shrewd decision to start taking a look at your investment strategies and evaluating the impact the changes could have on your investment portfolio. Often, when we are satisfied with a single way of doing things we become stuck in our ways, unwilling to investigate alternatives. It’s just human nature. But situations such as this force us to reexamine what we have been doing, to seek a new way of doing things. And sometimes, these new ways can be just as effective, or even more effective, than the old ones.

I’m sure many of you, just like us, have started to investigate these alternative options. There’s plenty of ways to bring in an income other than relying on dividends and cash rebates. As there are plenty of alternative options to just holding Australian shares. It’s a big wide world of investment options out there. And thanks to the internet, in Australia we have access to all of them.

If you haven’t started looking for alternatives, don’t worry, it’s not too late. Although as you can imagine it’s becoming time critical. These changes could be upon us within months. And the effects the changes have on the ASX may occur even earlier.

Next week we’ll take you through some of the investment options we all have available to us. Strategies that we have been looking at to help our own clients replace their franked dividend heavy investment portfolios. You never know, we may get lucky and all the planning will have been in vain. But if the worse happens we’ll be ready for it. And we hope you will be too.