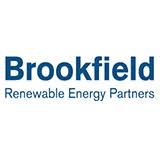 Posted at 15:17h in Investing in US Stocks, Stock Report by Paul Levett
0 Likes

At 12.05 pm last Sunday, for the first time ever, renewable energy met 100% of total energy demand for an entire Australian state. For a couple of hours on Sunday afternoon, a combination of rooftop installations and utility solar from South Australia’s three huge solar farms generated enough electricity to power the whole state, while having enough left over to send much of the excess into Victoria and storing the rest in battery farms to be accessed at a later time.

It is a sign of the times, and a strong reminder of the speed in which the world is moving away from fossil fuels and towards a renewable future. As much as Australian mining companies want to keep the gravy train rolling, with assistance from a shortsighted government, the simple fact is that economics will rule the move to renewables and it will happen much faster than they think.

Sure there are valid environmental reasons why we should get out of using fossil fuels, but they get ignored when there is money to be made. But the money train is about to run out of fuel. Australia is the largest exporter of coal in the world. We dig up hundreds of millions of tonnes each year and export it overseas. But the demand is waning. It’s gotten to the point where the banks won’t even fund new mines. They claim its to help the environment, but let’s be honest, if there was money in it they would still be all in. The fact is, they know that these new installations won’t be financially viable. And if they aren’t financially viable they won’t be getting their money back. It’s purely a business decision.

Currently, renewable electricity provides approximately 26% of the worlds energy demands. A recent report by the International Energy Agency (IEA) stated that renewable energy products from solar, wind, and hydropower projects are growing at their fastest rate in four years and global supplies of renewable electricity are expected to increase by 50% in the next five years. Interestingly it is China at the forefront. They produce twice as much energy from renewables as the next biggest producer – the USA. Understandably, they don’t want to have to rely on importing coal in from Australia and other nations to guarantee their energy supplies.

But in the end it all comes down to cost. For large scale solar projects completed in 2020 in the US, Europe, China and India, the cost of electricity generation over the lifetime of the plant, known as the levelized cost of electricity, was down around $35 to $55 per megawatt-hour. The cost has halved in price from just four years ago. Onshore wind projects cost about $44 per megawatt-hour. Hydro-electric power is even cheaper again. Compare that to the production of coal, where costs have stayed uniform for approximately the last decade around $55 to $150 megawatt-hour. And as the technologically increases the cost gap between renewables and fossil fuels is only going to widen.

That brings us to the subject of today’s stock report – Brookfield Renewable Partners. It is one of the largest publicly traded renewable power platforms, with more than 5300 electricity generating facilities spread out over North and South America, Europe and Asia, providing 19,000 megawatts of electricity in total. 64% of its portfolio is in hydroelectricity with the rest spread between wind, solar and storage facilities.

They hold $50 billion worth of operating assets and an 18,000-megawatt development pipeline, and work on a scale larger than any of their competitors. Due to the decreasing cost of solar technology the company believes that in the next ten years energy from the sun will account for more than half of their production. As their letter to shareholders stated in Q2, “solar is a perputual source of free energy – It is not that we do not believe in wind or hydro but the growth in solar and the ability for us to develop and earn strong risk-adjusted returns should enable us to grow our solar operations at a far greater pace”.

Brookfield seems to be in the best financial position to take advantage of the coming wave of renewable energy. They have oodles of cash sitting around waiting to be used, with the company management expecting to invest their total available liquidity of $3.4 billion into new projects over the next four years. The sale of their produced energy is all tightly locked up in long term fixed-rate PPA’s (power purchase agreements). This guarantees them ongoing income with which to re-invest and to provide for their healthy 3.23% dividend. They are all set up to prevail in the coming electricity revolution.

The Brookfield share price has fared well year to date compared to the rest of the market. This is despite energy usage falling globally during the pandemic. As I said earlier, its payments are locked in well into the future. There was an initial price fall in March but it shot back quickly and is now sitting around the $55 mark with plenty of room to grow. As energy demand returns when the world finally returns from pandemic lockdowns it is expected that electricity that was previously provided by fossil fuels will instead be replaced by that from clean energy. Brookfield will be well prepared to step into the gap and contribute to the decarbonisation of the globe.