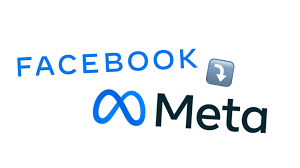 Posted at 14:21h in Investing in US Stocks, Stock Report by Paul Levett
12 Likes

Late in October, at the company’s Facebook Connect augmented and virtual reality conference, Facebook suddenly became Meta. A new moniker suggesting a more expansive internet experience and coming at a time where the US government is trying to break up its monopoly and amidst criticism the company is helping spread misinformation. So is the change a cynical effort to deflect criticism? What is the Metaverse? And is Meta still a buy as controversy rages over their social standing, and as their structure is under attack?

First, let’s begin with the Metaverse. It’s a term coined in a 1992 sci-fi novel by Neal Stephenson called Snow Crash. It effectively refers to a merging of the physical, augmented, and virtual reality in an online space. It’s, according to some, the future of the internet. An online virtual world where you (as an avatar) will work, play, travel and socialise without leaving your lounge room. According to Mark Zuckerberg, the “Metaverse is a virtual environment where you can be present with people in digital spaces. You can think of it as an embodied internet that you’re inside of rather than just looking at it. We believe it is going to be the successor to the mobile internet.”

Certain aspects of the Metaverse exist right now, mostly in video games such as Fortnite, Roblox, or Minecraft. Online worlds where humans participate from all over the globe. The pandemic has seen a boost in desire for these virtual worlds. For example, tech companies held virtual musical festivals to replace real-world versions that were cancelled due to lockdowns. Games like Fortnite held concerts for artists such as Ariana Grande, Marshmello, and Travis Scott (now I’ve only heard of one of these performers, but I have been assured by the “young folk that they are huge stars). And at a more basic level, people can use VR headsets to walk on the moon or travel to the Eiffel Tower in Paris.

Imagine this type of online world but on steroids. It will involve a convergence of multiple types of technology from augmented and virtual reality, blockchain, Artificial Intelligence, cloud storage, and cryptocurrency amongst others. Of course, the technology isn’t exactly with us just yet. But we are moving towards it. Zuckerberg expects we will need to wait 5-10 years before the real metaverse starts to take shape. As he announced the change of company name he stated “Today we are seen as a social media company, but in our DNA we are a company that builds technology to connect people, and the metaverse is the next frontier just like social networking was when we got started.”

Facebook – sorry Meta, are certainly going all in. In July they announced the creation of a product team to work on the “metaverse”. It will come under their current virtual reality group – Reality Labs, which they recently announced would become its own reporting segment starting in the fourth quarter of 2021. It’s a sure sign they are taking it extremely seriously. They plan to spend upwards of $10 billion in the next year alone on enhancing its augmented and virtual reality hardware in the hope that it plays an important role in the development of the metaverse. They are very conscious of the fact they do not want to rely on the likes of Apple and Google to control this new world. In their latest earnings release, they wrote “We are committed to bringing this long-term vision to life and we expect to increase our investments for the next several years.”

It certainly sounds like an exciting new world, the building of which will be critical to be involved in for any self-respecting social media company. They’ve made it clear that this is the space they want to head towards so the name change to Meta – and the accompanying ticker change on December 1 from FB to META – seems a valid one. However, one can’t help but think that the timing is rather convenient for a company that has been under the pump in recent months for a variety of different reasons.

It certainly worked on earnings day. What was then still Facebook reported earnings of $3.22 per share that just beat estimates of $3.19 per share, however, revenue came in at $29.01 billion, under the estimated $29.49 billion. Guidance revenue was also below expectations with FB expecting $31.5- $34 billion when analysts were looking for $34.7 billion. It wasn’t a massive miss, but certainly enough to warrant a little dip in the share price. However, the Meta news was a handy distraction – for both the earnings result ( a 2% move higher) and the push back from Zuckerberg on the company caring more about its own profit than the safety of its users.

This criticism has been a thorn in the side of Facebook/Meta for a long while now. Most recently a series of articles in the Wall Street Journal based on leaked documents from a former employee highlighting their unwillingness to combat misinformation – specifically in this instance regarding vaccines. It was bad enough for US President Joe Biden to claim that Facebook is “killing people — I mean they’re really, look, the only pandemic we have is among the unvaccinated. And they’re killing people.” He has since walked back these comments but the damage to Facebook’s reputation was done.

The articles also pointed to moderation issues amongst younger users and mental health concerns stemming from its content. Instagram in particular, which belongs to Meta, was accused of ignoring the plight of mental health in young women and problems regarding unhealthy body image and depression. They’ve been accused of knowing the problem exists but doing nothing to prevent it. And even lying to congress about it. To be fair the problem exists in society as a whole and is something that a wide variety of companies could be accused of. But Facebook/Meta is the big fish and is the one that seems to be under the most pressure.

The Federal Trade Commission has been after Facebook for years. It accuses it of holding a monopoly of social networking services, of buying up competitors whether they plan to use them for their own business or not, and creating barriers from entry for any future competitors. All of the big tech firms have come under anti-trust scrutiny including Apple, Amazon, and Google. However it seems Facebook has been the biggest target, and in turn, has attracted the most headlines.

It’s no surprise that Facebook has decided to rid itself of its past and start afresh. From its inception, it has been mired in controversy. From its beginning as a platform to rate the looks of female college students, its ownership fights, privacy scandals (Cambridge Analytica), and its constant battles with the government it felt it needed a new start. And now we have Meta. A new name for a so-called new vision. But is owning Meta worth all the trouble?

The simple fact is that it is still a winner. For all of the scandals, users still flock to the services they provide. In the latest quarter daily active users were up 1.9 billion year on year, while average revenue per user rose by 27% to $10.00. Revenue was up a hefty 35% year on year and they now have an impressive $58 billion in cash to return to investors in buybacks or maybe even a dividend.

All the recent drama has only made the share price even cheaper than what it should be. Meta now has a price to earnings ratio of just 24 making it a stock standard company when it is in fact not. It is a special company that definitely does have a monopoly on social media and which is working on embedding itself further into the social structure with its expenditure on future technology.

While it still favours its Facebook product as the flagship it is Instagram where all the cred is and where future revenue growth will come from. As it stands the income from Insta isn’t communicated. But it may be soon and this would give a massive boost to the share price once investors get a look under the hood. This is before we even get started on Whatsapp which as yet hasn’t been monetised but could well go down the path of its competitors and do so in the near future. It will be a new revenue stream that doesn’t currently exist.

Reports of Facebook’s imminent downfall are heavily exaggerated. Its name change to Meta won’t change the underlying problems management currently have, but I believe they will be dealt with appropriately and will satiate the forces that are working against them to a sufficient extent to leave them alone to continue building their empire. If you can ignore the social implications of owning such a company, which I can, there will be plenty of money to be made. Buy on the dips.