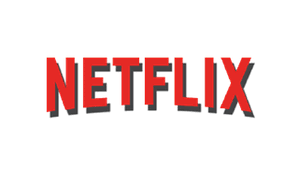 Posted at 14:23h in Investing in US Stocks, Stock Report by Paul Levett
0 Likes

Netflix has been a favourite of mine since it came onto my radar way back in the early 2010s. At the time I was satisfying my movie watching habit by renting DVD’s through the mail from Quickflix. It was a useful enough service but you had to wait a few days from the time it was ordered, the discs were often scratched and unwatchable, and I always forgot to return the blasted things on time. Little did I know that there was a new and better way on the horizon that was to change the worlds viewing habits forever. Streaming.

Enter Netflix, who had been delivering DVD’s through the mail themselves as a business model but quickly realised the power of streaming after seeing the advances in internet coverage and the popularity of Youtube. They set up their own streaming service in 2007 and the rest is history. As the online service grew in size DVDs quickly became a secondary business and although it is still running today it is dwarfed by the success of the streaming service.

Now Netflix didn’t technically reach Australian shores until 2015. But with a little computer savvy, a “stretching” of the terms of agreement, and a $5 VPN service, you could have American Netflix running on your television for less than $10 USD per month. And back in 2011, you could own a share in the company for less than that. Not bad when you consider it was trading at just under $550 USD per share just a few weeks ago.

However, my love affair with Netflix is coming to end. Not the product of course. I’m still subscribed, albeit to the Australian version which has a predictably more sparse offering than its American cousin. I’m talking about the stock. I feel that it’s time in the sun has come and gone and it might be time to move on.

The coronavirus pandemic has been a godsend for stay at home streaming services like Netflix. There is nothing better for companies such as this when their target market is stuck at home on the couch and looking for something to do. When earnings came out late last week they announced they had added 10.1 million new subscribers during the quarter, which was up from 2.7 million the year before. This means that for the first half of 2020 they added 26 million, just 2 million shy of their entire total for 2019. Revenue was up by more than a billion from a year ago to $6.15 billion, while profit came in at $720 million or $1.59 per share compared to $270.7 million or $0.60c per share a year ago.

It was an impressive result in anyone’s language. However, there were warnings signs. Management suggested that new subscribers in the third quarter could be as low as 2.5 million, missing analyst estimates by half. They stated, “As we indicated in our Q’20 letter, we’re expecting paid net adds will be down year over year in the second half as our strong first-half performance likely pulled forward some demand from the second half of the year”.

The increased profit and profit margin, which bucked the trend of its recent earnings results, was put down to “paused productions” of its suite of original television shows and movies which have closed down due to the pandemic. So while it was great to reel in what has been an out of control increase in expenditure, down the track it will result in less product to offer the consumer, thereby finding it harder to attract new subscribers.

This issue has been creeping up on Netflix for some time. With an increase in competition from the likes of Apple’s TV+ service, Amazon Prime, and Disney, the price for buying content from various TV and movie studios was pushing the Netflix balance sheet into the red. Hence the plan to make their own content, which as you can imagine isn’t exactly cheap.

To pay for the ramp-up in original content Netflix raised pricing on its service to consumers back in 2017 and then again in 2019. But with the competition charging lower subscriptions for their products Netflix find themselves in a bind. They need to provide their own content to attract new viewers, but they can’t raise prices to pay for the new content. In 2015 Netflix spent $62 per subscriber in new content. By last year that had risen to $82. Last year they spent $112 of average revenue per subscriber where Disney spends $84 and Apple spends $60.

The numbers just don’t add up. They already charge more than their competitors, so they somehow need to add more subscribers without spending any more money. The pandemic pause we have seen over the last few months has merely slowed the inevitable. Netflix simply needs to make better, more popular content for less money. I’m not sure this is possible.

The competition was always going to be a problem for Netflix. They rolled the dice and are having a crack at becoming the new HBO. But I’m not sure they can pull it off. With a price to earnings ratio currently sitting at over 80, shareholders are expecting big things that I’m doubtful Netflix can provide. It’s not a member of my current portfolio, and I’m not looking at buying any time soon unless we see a massive price correction. I might even think about using options to make a play on the short side. I’m sure they’ll be around for many years to come and continue to be a major player in the streaming industry, but price expectations will need to be adjusted before I fall in love again.