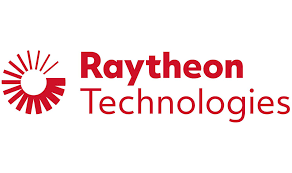 Posted at 14:07h in Investing in US Stocks, Stock Report by Paul Levett
0 Likes

Today in our latest stock report we’re going to do another piece of “bottom-fishing”. According to Investopedia, this phrase refers to “investing in assets that have declined in price due to intrinsic or extrinsic factors, and are considered undervalued”. And there have been plenty of examples of this over the last few months as the coronavirus pandemic stretched across the globe.

No industry has been more heavily hit than the airline industry. While Covid19 had been around since late 2019 most countries, outside of China, didn’t start taking the situation seriously until around March. Around this time, government inaction quickly gave way to shutting down economies and restricting the movement of people, so by early April half of all commercial flights worldwide had been grounded.

Airline stocks across the globe took 60-70% haircuts and besides a mini-rally of sorts in late April, early June, they have neglected to bounce back with the rest of the market. So how can we take advantage? Investing directly in an airline comes with inherent risk. Take a look at our own Virgin Australia for example. At the moment these companies are earning little to no revenue, and when they do get a flight up in the air they are a long way from being profitable.

There is also no real timetable on when they will be back in the air in full force, especially with coronavirus cases picking up again in the US and the EU threatening to ban US citizens from entering the continent. Despite the US governments $58 billion airline bailout ($29 billion in payroll grants for workers and $29 billion in loans) back in April, two airlines have already gone under, Trans State and Compass, and no-one would be surprised if some of the larger names were to fall as well.

So you could take a punt and pick an airline with a strong balance sheet and hope it gets through the current drama. There would certainly be good profits to be made when it came out the other side. United Airlines (UAL) and American Airlines (AAL) are both down around 60% from the start of the year. Likewise, Delta Air (DAL) has lost 54%, and Southwest (LUV) is down 40%. There is plenty of room on the upside.

A safer option would be to invest in the airlines ETF known as JETS. 50% of its holdings are in the airlines listed above with the rest spread out over the rest of the industry. At least if one or two went down you’d still be holding the others. It’s a great way to avoid putting all of your eggs in one basket. JETS is currently down around 50% from where it was in the middle of February.

Personally, I think the best option would be to go with a name that has some skin in the game but is also not totally reliant on the commercial airline industry. And for me, that option is Raytheon Technologies (RTX).

Raytheon was only technically born in April, stemming out of a merger between Raytheon Company and Dow component United Technologies. It combined United’s strong presence in the commercial aerospace sector with Raytheon’s leading defence industry products. The idea was to increase synergies and to help ride out the usual down cycles in both commercial aviation and defence. Talks started in December last year and the result was nothing short of perfect timing for United because without the additional strings it was about to have added to its bow it would have lost much more than the 40% it was down at the back end of March.

The company now consists of four main businesses. Collins Aerospace, Pratt & Whitney, Raytheon Intelligence & Space, and Raytheon Missiles & Defense. Collins is the most troubling at the moment. It sells avionics, lighting and cabin seating to the infamous Boeing 737 Max which only began testing this week and even in a best-case scenario, it will be months before it can fly commercially again. With the major airlines announcing pay cuts and furloughs for staff, both Collins Aerospace and Pratt & Whitney have had to do the same.

Raytheon’s defence units, however, have been performing well during the coronavirus with CEO Greg Hayes confirming “the robust strength of these segments of our business will help shield the company overall as we manage through the pandemic”. This side of the business continues to pick up government and commercial contracts for upgrading legacy weapons. Most recently a potential $10 billion contract to develop a nuclear cruise missile from strategic bombers known as the Long-Range Standoff Weapon, a $2.27 billion contract to provide seven Army/Navy Transportable Surveillance and Control Model 2 radars, including logistics support and services, and a $202.6 million contract to support Boeings BA F-15 aircraft.

The Pentagon is also hellbent on keeping up with China and Russia in developing hypersonic weapons, which fly five times the speed of sound and can avoid existing air defences. They’ve been splashing billions of dollars in funding to all of the major players, which, due to the sensitivity of such dealings, are kept confidential for obvious reasons. But we do know that Raytheon is working on developing Tactical Boost Glide weapons, along with hypersonic weapons defence systems. A $63.3 million contract from DARPA that could just be the tip of the iceberg.

So while the commercial industry is in a heap on the floor, the defence side of the business is booming. Raytheon is approximately 37% off February highs and currently trading around the $61 mark. It got to lows of around $47 in March and with the current resurgence in coronavirus cases, I suspect we may see further downside in the next few months.

I would be looking at purchasing Raytheon somewhere in the low $50s again. It’s recovery in the commercial space backed by its success in the defence space helping to shepherd it through the current pandemic with both to be flying high once the world gets back to normal. I expect it to be one of the top performers of the Dow Index once this happens.