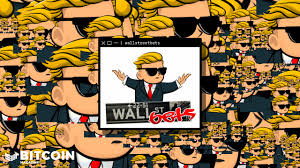 29 Jan Retail Investors Vs Hedge Funds: The Story behind the rise of GameStop (GME), Wall Street bets, and what should we do as investors

Posted at 13:24h in Investing in US Stocks, Stock Report by Paul Levett
1 Like

Well, it seems to have all started back on January 11 when it was announced that activist investor Ryan Cohen (also, coincidently,  the largest individual investor in Apple) was joining GameStop’s board. The news caused a bump in the share price, as such news often does. Citron Research then predicted the stock price would fall shortly and advised they were short-selling the stock to take advantage.

If you’re’ unaware of the phenomenon of short-selling, it is when an investor borrows stock from a broker and then sells to a buyer at the market price. The person or entity who has sold the stock then has a “short position” which they will have to buy back at some point – preferably at a lower price i.e. cheaper than what they have already sold it for. So you make money when the value of the stock goes down. You lose when the stock price goes up.

It is quite a common occurrence. We have access to do it in our own Capital 19 accounts. But it is mostly used by the big players who find they need to hedge positions that they or their clients may hold. Of course, it can also be used for speculating, gambling, or manipulating a stock price. You need a lot of money to be able to do the latter, but that’s exactly what hedge funds have access to, and they’ve been manipulating stock prices and the markets in general since it began.  Often to the detriment of small-time traders.

Now GameStop is one of the most shorted stocks on Wall Street. It’s a bricks and mortar video game retailer in an industry that has all but moved online. It suffered badly during the global pandemic as its retail outlets were shut down and customers did their shopping from home. Sales plummetted and 2020 losses neared half a billion dollars. It also happens to be one of the favourite stocks of a large channel in the Reddit community called “r/Wallstreetbets”, hereby to be referred to as WSB. So what the hell is that you may ask?

Reddit bills itself as the “front page of the internet”. It is in the top 10 most visited sites in the US and in the top 20 globally. It’s basically a collection of over a million forums where people can go to discuss anything that their heart desires. In the case of WSB its a longstanding channel where more than 3 million users discuss everything Wall Street, including stock and option trades, ideas and strategies. And as they have just recently found out, as a collective they hold a lot of power.

When Citron announced it would be shorting Gamestop the WSB community was whipped into a frenzy and decided to do something about it. When a stock is heavily shorted like GameStop is, with more than 138% of its shares sold short, it is ripe for what is called a “short squeeze”. This occurs when a stock that is heavily shorted starts rising quickly. Remember, short-sellers have to buy their shares back at some point, and the more a stock goes up the more they lose. And as a potential stock price is effectively unlimited on the upside, losses from short-selling are also unlimited.  When the seller buys the shares back to stem losses this pushes the share price higher and causes more shorters to have to buy, thereby pushing the price up even further.

And this is exactly what the WSB traders managed to do. They encouraged each other to get long GameStop no matter the cost and teach the hedge funds a lesson. And with millions of retail traders buying stock it created a big swing upwards. Using leveraged call strategies it moved even higher. Then the short squeeze began and where it stops from here is anyone’s guess. It was a classic David and Goliath story, the little guy taking on the big companies. And it worked an absolute treat.

GameStop, which started the year at $17.50 hit the dizzying heights of just under $400 on Wednesday. A more than a 2000% increase in less than a month. It was down almost 44.29% in the Thursday session after brokers put buying restrictions on the stock, however, was it up another 36.5% after hours as the restrictions were lifted. It has been the single most traded stock on Wall Street all week, beating out the likes of Apple and Tesla.

Billionaire hedge fund manager Jim Paulson was shocked at the success of the movement. He opined, “retail investors with the help of technology acting as a union in attacking is a new phenomenon. You combine the power of technology, which allows you through Reddit postings to magnify your individual impact, with some use of leverage and very targeted bets, they can have a significant influence, particularly on areas of vulnerability because of the short positions”. There’s no doubt it’s been a massive wakeup call for the big boys on Wall Street.

It has cost hedge funds upwards of $5 billion in losses year to date. Melvin Capital seems to be the biggest loser so far with talk that its losses might send the company broke.  It has had to take in investments worth $3 billion from Citadel and Point72 to keep afloat. Citrons losses also reach into the billions, and there are plenty more hedge fund victims continuing to take on losses. Not surprisingly, very few feel sorry for any of them. Certainly not me. They’ve been manipulating stock prices since markets began, bullying money off of the smaller traders, and it’s been quite enjoyable seeing them squirm for a brief moment.

So where do we go from here and should we try and make some money out of this? Well, in reality, it is really just a big Ponzi scheme. GameStop and the other stocks targeted such as Bed Bath and Beyond and Blackberry, are not worth anywhere near where their stock prices are at the moment. And like most Ponzi schemes you have winners and losers. Those that get in at the beginning make all of the money, as we have seen with the early WSB investors in GameStop who have made quick fortunes, but those who buy now will likely lose a whole lot of money when the stock price goes back to reality.

If you were lucky enough to be holding shares in any of the shorted companies that have been or will be targeted consider yourself very lucky. It’s a lovely little bonus to receive, and a little payback, if you will, for all of the times hedge funds have cut into your profits. If it was me I’d be selling at the earliest opportunity. I suspect these prices aren’t going to last too long. Another strategy would be to sell most of your position and keep a little to enjoy the ride if it manages to go higher. You’re only risking profits at that point.

If you’re a gambler, of course, you may want to try and take advantage of the situation. As long as you realise it will be a gamble and a highly risky endeavour, there’s nothing to stop you from having a punt. Firstly you can take a position in some of the most shorted stocks on Wall Street and hope they get chosen next. This list includes the likes of DuPont (DD), Ligand Pharmaceuticals (LGND), Bed Bath and Beyond (BBBY), National Beverage Corps (FIZZ), and AMC Networks (AMCX). You can easily google the most shorted stocks on Wall Street for a full list.

Or you can go straight to the horse’s mouth – the WSB Reddit page – where you can get news of the next big thing first hand. Although I would imagine that will be a bit of a nightmare right now with every punter throwing their two cents in on what stock they think should be next. Most likely the one they are currently holding no doubt.

You could also short the stocks that have had already monumental rises. This one requires a lot of fortitude and money. I would recommend using options to try and get amongst the profits. Buying puts will give you gains to the downside but also put a cap on losses depending on how much you are willing to lose. Keep in mind, however, that option prices for these stocks are crazily high at the moment. You are going to be paying a whole lot more than you usually would so it may not be worthwhile, but it could be worth checking out.

For me, I’m just going to sit on the sidelines and enjoy the show. Watch the little guys finally get one over the big guys and see how long they can keep it going for. Today that has involved watching the SEC and congress flip out seeing their precious Wall Street buddies getting shortchanged for once and attempting to put a stop to it. I wish they would spend more time investigating market manipulation and insider trading of the large financial institutions (and themselves) but I’m guessing they don’t want to bite the hand that feeds them.

They’ll soon realise that you can’t stop people from buying stocks for no good reason and that they are powerless to stop an army of people who are silly enough to overpay for shares just to get some payback. Hopefully, it will make hedge funds think twice about shorting stocks in the future. I have no doubt they will at least be more circumspect going forward. It’s been a fascinating story to watch and the story is by no means over. I can’t wait to see what happens next. Watch this space.