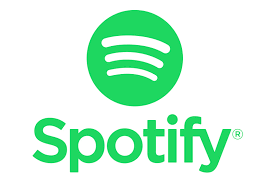 Posted at 16:34h in Investing in US Stocks, Stock Report by Paul Levett
9 Likes

It’s not often I’ll choose a company to invest in whose main business model puts it in direct competition with the likes of Apple, Amazon, and Google. You’d have to be crazy to go up against these three with all of their size and power. Yet today’s stock report subject Spotify has been doing just that for the better part of a decade, and not only has it been competing with the tech giants, it has been wiping the floor with them.

It’s also another tech stock that has been bitten in the 2021 big tech selloff, with the market punishing growth stocks and especially those yet to make consistent profits. It’s why you’ll find Spotify down almost 40% from its highs in early February. That and a slightly disappointing Q1 earnings result which saw the streaming giant struggle to build on its huge increase in users from the period a year ago, which it must be added, just happened to coincide with the beginning of the pandemic. Nevertheless, the fall in price has left us with a great opportunity to go bargain hunting.

Spotify is by far the largest premium music streaming service across the globe. Despite the huge investments from Apple, Google, and Amazon they haven’t been able to get close to the numbers Spotify has. At the end of the last quarter, Spotify had approximately 158 million premium users. That’s fully signed up, paying subscribers. The next best is Apple music which accounts for 72 million users, while Amazon and Google’s Youtube have 55 million and 30 million respectively. If you include Spotify’s free tier, in which it sells ads to listen to music, the industry leader has 356 million active users that it is able to monetize.

Spotify definitely benefitted from being a first mover in the space. The company was founded in Sweden back in 2006 but quickly spread worldwide. It hit the UK in 2009, and the US in 2011 before moving into each and every continent shortly after. They are expected to operate in 178 countries by the end of 2021 and the number is constantly expanding. The service streams more than 70 million songs and has a podcast library of more than 2.6 million shows.

So how do they stack up financially? Well, while profits are yet to be made consistently enough Spotify has a long term plan to get there. At the moment it’s all about investing in growth for the long term. And the company has certainly been growing. Revenue is up 2.38 times in just four years, with the last quarter seeing revenue grow again by 16% year on year to $2.5 billion. Q4 2020 sales increased by 17%, and it was up 14% in the quarter before that. This was despite a weakening USD against the EUR which had a big impact on revenue.

Monthly users were up by 24% year on year to 345 million in the last quarter, however, it was up by just 3% from the previous quarter. This had investors concerned. And yet there were reasons for the slow down. Its strongest growth areas in developing countries were badly affected by a second wave of coronavirus infections. This impacted on both new subscribers and on advertising revenue. Spotify reduced MUA (monthly active user) guidance for year-end 2021 down to 402-422 million. This was from the previous 407-427 million.

Importantly, however, 90% of Spotify’s revenue comes from its premium subscriber base which showed no weakness at all for the quarter. Here premium users jumped by 21% year on year, just shy of the 24% from the previous quarter. And as we have discussed many times before with vaccinations gaining ground everywhere (except here in Australia it seems) it’s more than likely the numbers in developing countries will increase too. Which is important because that’s where a lot of Spotify’s growth is expected to occur in the next few years.

Despite Spotify already being the market leader in streaming the company recently announced its plans to expand into 80 new markets. These new markets host more than 1 billion people with plenty of potential new subscribers. Now this will all take time, of course, however, the ecosystem that is already set up around the service will help attract new business. Spotify calls it the Network effect. The more users there are the more new users it attracts. Increased users, increased playlists, increased music discovery, which is better for artists and better for Spotify.

Increasing users is vitally important to Spotify in the long term. However, just as important will be the monetisation of these users. Attracting podcast listeners is the first step. Currently, 25% of all Spotify’s active users listen to podcasts. By growing the number of shows and signing exclusivity deals with major podcasters such as Joe Rogan, Kim Kardashian, Michelle Obama and the Duke and Duchess of Sussex, they hope to increase this number exponentially. Almost $1 billion dollars has been invested so far so that once they have the listener base they can move to target them with advertising or subscriptions.

According to a projection by eMarketer advertising expenditure on podcasts is expected to surpass $1 billion in 2021. Spotify hopes to grab the majority of this by “dynamically” inserting audio ads into podcast streams using their “Streaming Ad Insertion” tool. As of the first-quarter conference call, the service will now be known as the Spotify Audience Network. Here advertisers can target certain age, gender, and social groups more specifically than they could through normal radio advertising. Ad-supported revenue grew by 46% in the latest quarter and this is only expected to grow from here.

So international expansion and podcast growth are key factors in boosting the Spotify bottom line going forward. And there’s one more way that Spotify plans to increase revenue. And that’s with price increases. Since its inception in the US Spotify have kept the cost of their individual user plan at a set $9.99. They recently increased prices in the UK and for the first time are boosting the price of the US Family plan. The reason they can do this is because of the ecosystem we spoke about earlier. Much like the Apple ecosystem, once you have been a Spotify user for any length of time it’s really hard to extract yourself. You have countless playlists set up, friend networks etc that make it almost impossible to leave. The system encourages subscribers to stick around and a dollar or two here and there won’t matter much to the individual but will make a huge impact on Spotify revenue.

I really like the Spotify business model. It’s a tough sector but they continue to dominate their larger rivals and I believe they will continue to do so. Once their domination is properly monetised it will be a big money maker. I think this will take time, probably many years, but Spotify is playing the long game. With the recent pullback in its share price, I think the stock is in a great little buying range and it may not be here for much longer. Buy on any dips.