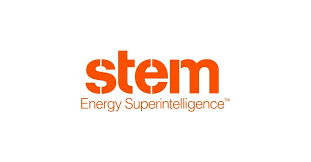 Posted at 14:55h in Investing in US Stocks, Stock Report by Paul Levett
12 Likes

“Case Closed” read the news reports during the week, as the scientific consensus that humans are altering the climate has reached 99.9%. For those that are not particularly great with maths – that’s pretty much all of them (all the smart people that study it for a living anyway). There is now virtually no scientific argument that burning fossil fuels such as gas and oil isn’t causing the planet to warm and creating more extreme weather outcomes. Of course, scientists have known this for a long time – it was 97% the last time a similar study was done in 2013, but in reality, the data has been around for more than half a century.

However, facts and arguments have been thwarted by those with vested interests trying to muddy the waters (so to speak), in much the same way the tobacco industry did with the “cigarettes causing cancer” debate. The opposers are always smart, calculated, well organised and well funded. It’s hard to fight against but it can’t be fought against forever. Especially so in the climate debate when the thing that you’re fighting against becomes cheaper than your product. The price for solar energy has fallen 82% since 2010. The National Renewable Energy Lab says that the cost of electricity derived from fossil fuels is between $0.05-$0.17 per kilowatt-hour, while that from solar costs between $0.03-$0.06 per kilowatt-hour. You’re fighting a losing battle.

Hell, even the Murdoch newspapers have jumped on board. While many have been sceptical about the long term climate denialists suddenly changing their tune, and joining pretty much every major industry group in Oz (including the coal and gas lobby) in calling for NetZero by 2050, last weekends newspapers left no doubt. The News Corp campaign championing “missionzero2050” and “putting Australia on a path to net-zero future” was a gamechanger. They had to be dragged kicking and screaming, whether from international condemnation or pressure from advertisers, but it’s a sign that the tide is turning.

Renewables are a well we keep coming back to in these stock reports. Climate denialists have done a great job in keeping stock prices down. If you think about it we should be thanking them (for the size of our portfolios at least). Renewable Energy Group (REGI) is up 139% since we wrote about it in June last year. Solar installer Sunrun (SUN) is up 22% since we reported on it in May. Our latest offering ChargePoint (CHPT) is only up 2.4% since writing about it last month so there’s still time to jump on that one if you’re so inclined.

Today’s stock report subject Stem is relatively new on the market scene but is quickly finding itself a major player in the renewables industry. It doesn’t make solar panels, or batteries, or operate wind farms. It doesn’t build electric cars or the products that help fuel them. It’s simply a software company. It creates and manages software that optimises efficiencies in energy usage within solar power systems. It connects with the solar panels, the inverters, the batteries, and the electricity companies to provide the best outcome for the users and for grid stability.

To be truly efficient a solar system needs a battery. As we have been so eloquently told by our own PM “the sun doesn’t always shine”. So energy needs to be stored in times when it is creating more than is being used, to be then utilised when the “sun isn’t shining”. Stem’s software will control the energy created by a system, using it when it is expensive for the system owner and saving it in times when it is not. The AI software is taking into account such things as peak usage times, the weather, time of day, and storage levels ( at the battery level and on the grid) making instant decisions on how each kilowatt is to be used.

Its business model is a simple one. It teams up with battery makers such as Tesla, Samsung and Panasonic and overlays their software over the existing product. It then onsells the system to the consumer and manages the system from there. It makes little to no profit from the initial sale. It’s all about collecting the royalties from the software for the next 10-20 years. So far they count companies such as Home Depot, Amazon, and Walmart as clients. And as the business world realises there will be financial benefits to going carbon neutral many more will jump on board. It’s both a selling point for them and a cost saver.

The case for such growth is a strong one. They already claim to have an 80% market share in the US and contracts locked in for the next two decades. According to their second-quarter update, they then have a backlog of $250 million in projects and a pipeline of a further $1.7 billion. It’s quite conceivable that the growth targets stated above are on the low side.

The trade is not without risk, however. The future certainly looks bright but there are many companies out there developing similar AI software which could be applied to solar systems. Tesla would be a prime candidate. They are already developing similar systems for their cars and could easily attempt to cut out STEM from their own products. STEM would be able to pivot to other companies, of course, who wouldn’t be keen on using Tesla software, but it would have an impact. At the moment, however, they have a rails run at making themselves the dominant player in the market.

I wouldn’t be throwing the kitchen sink at it but I think it seems like a shrewd little buy at the moment. The share price is the lowest it’s been since the pandemic months of 2020, beaten down along with much of the solar industry that we discussed in the ChargePoint report last month – https://capital19.com/investing-in-us-stocks/chargepoint-chpt/ . If it can manage to increase growth as suggested there is some nice upside from $22. Buy on the dips.