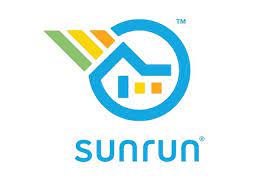 Posted at 15:34h in Investing in US Stocks, Stock Report by Paul Levett
9 Likes

We’re going bottom fishing again in this week’s stock report. And it’s an industry that we haven’t touched on in a while due to a crazy run-up in valuations through 2020 that sent prices into unrealistic territory towards the end of the year. However, an industry-wide pullback, that has affected all stocks – good or bad, has put this sector back in the buying zone again and we’re ready to get involved.

The renewable energy sector was a winner for our two picks in 2020 – Renewable Energy Group (REGI) and Brookfield Renewable Partners (BEP). We recommended REGI back in June at around the $24 mark, and it promptly hit $108 at its peak in February before pulling back to the current $60 level. That’s still a handy 150% gain in less than a year if you jumped on board with us. BEP we bought in the middle of October at around $35. It soon rose to just below the $50 mark before settling back to around $41 at today’s price.

The falls in the sector have been widespread. The Invesco Solar ETF, which seeks to match the MAC Global Solar Energy Index, had a stellar year in 2020 – more than doubling in price to its high of $125 at its peak in January. However, it is now sitting around the $79 mark after a three month period of solid selloffs. So why has the renewable energy sector – supposedly the energy source of the future – been so badly beaten up this year?

Well, there are a few different reasons for the recent falls. Firstly, there have been concerns over potential interest rate rises. We’ve seen rates on treasuries spike throughout this period which has spooked investors. Higher interest rates are tough on the solar sector. Most residential customers have to borrow funds to install solar panels on their roof, so the higher the interest rates at the time the smaller the financial benefits are.

Never mind that interest rates are at historic lows and will continue to be so for a long while longer. The Federal Reserve isn’t even willing to curb asset purchases just yet, let alone push interest rates higher. They will rise eventually of course. But I feel it’s a long way off, and even when they start to raise rates they will still be at historic lows for years to come.

The other factor impacting share prices has been regulatory. Specifically in California, which has led the way in encouraging solar panel use and accounts for a much greater share of solar usage than other states. They have proposed a fixed fee that would be charged to solar customers for grid access, while utility companies also want to pay less for electricity that is sent to them from homes. Each would result in rooftop solar becoming less economical for homeowners.

However, at the moment it’s just a proposal and California are one of the most progressive states in the US. It may never happen. But even if it does it could result in encouraging more homeowners to install storage, in the form of batteries, which are quickly becoming more economical and will result in increased profits for solar companies. As you can imagine, there’s more money to be made from solar companies by cutting out the utilities altogether. Battery storage is the future for solar installation, and it’s just another reason solar installers will continue to profit for the next decade.

For all of the climate denial going on out there, and the fossil fuel industry doing their dogged best to fight it, the fact is that solar is quickly becoming the cheapest available electricity source. Last October the International Energy Agency released its “World Energy Outlook for 2020” and declared that “renewables take starring roles in all our scenarios, with solar centre stage. Supportive policies and maturing technologies are enabling very cheap access to capital in leading markets. Solar PV is now consistently cheaper than new coal- or gas-fired power plants in most countries, and solar projects now offer some of the lowest cost electricity ever seen. In the Stated Policies Scenario, renewables meet 80% of global electricity demand growth over the next decade.”

Cut to President Biden’s new $2 trillion infrastructure plan, which intends to create millions of jobs and will benefit the renewables industry in many different ways. Solar will get a 10-year extension of tax credits on clean energy generation and storage, while there will also be an investment tax incentive for the buildout of at least 20 GW of high-voltage-capacity transmission power lines which mobilises tens of billions in private capital. On top of this, there’ll be another $50 billion going into research and development to improve “advanced energy technologies”. The CEO of the Solar Energy Industries Association stated “President Biden’s infrastructure proposal is a significant step in meeting our collective clean energy goals. The plan creates jobs, spurs the economy, faces the climate crisis, and advances environmental justice”.

It’s an unstoppable tide that even the big oil and coal companies won’t be able to stop. Sure it makes up only a small percentage now, but in ten years time the whole world will be running on renewable energy, and the majority of it will be solar. Our stock report subject today, Sunrun, is perfectly positioned to ride the wave. It’s been the largest solar, storage and energy services company in the US since 2018 when it surpassed Solar City.

Sunrun has installed and own approximately 20% of all rooftop solar systems in the US. Under this system, homeowners get a free installation and then slowly pay it off throughout the course of its life. Sunrun, therefore, continues to receive monthly payments, or “cash flows”, a decade after installation. The more systems they install the more money they bring in. It’s why they purchased competitor Vivint Solar in October of last year, which increased its solar assets globally to more than three gigawatts of solar energy and over 570,000 customers.

Their new Brightbox programme is aimed at increasing solar storage for customers once the sun goes down. The battery system will hold energy and deploy it when it is most advantageous to the homeowner, mostly during periods when importing electricity is at its highest. Battery storage sales grew by 45% from 2019 to 2020, and Sunrun hopes to double that rate again in 2021. Following on from battery usage, Sunrun is also a first mover in the area of virtual power plants, where the solar energy company becomes a middle man between homeowners and the utilities. Here Sunrun is expecting to increase the net margin it receives from each customer by an impressive 25%.

In their earnings call from the last quarter CEO Lynn Jurich was full of positivity. She stated “This year is on track to be the best in the company’s history. With an accelerating growth rate and expanding market reach, Sunrun is leading the country to a clean energy future. Now is the time for us to move to a distributed energy system to meet the increased demands placed on our energy system from broad-based adoption of electric vehicles and improve the resiliency of our aging energy system.”

While CFO Tom vonReichbauer added on the same call “Our momentum in the fourth quarter has continued into 2021. The Sunrun team delivered seasonal volume records at strong margins, while meeting the demands of our ongoing integration with Vivint Solar. We expect to accelerate our growth even further while improving the value we bring to our partners and customers. Our execution, scale advantages, differentiated service offering, and leading competitive position give us confidence to increase our full-year growth guidance to 25% to 30%.”

Like the rest of the market Sunrun’s share price has been hit hard in 2021. It was an industry leader in 2020 when it more than doubled in price, hitting a high point of just over $100 in early January. Five months later and the share price is back down at $45 putting it squarely in the buy zone. It’s in an industry of the future that has recently been discounted across the board. We see Sunrun as a buy at these prices.