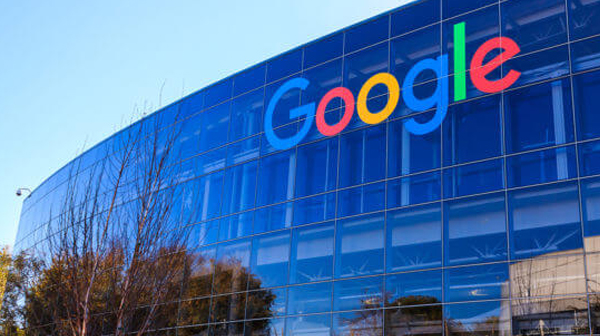 Posted at 08:58h in Investing in US Stocks, Stock Report by Matthew Jones
19 Likes

Google: One conglomerate that isn’t in search of an answer

Few companies have a place in our daily ritual as much as that of global tech giant Google. In fact, such is the company’s hold on society, it has cemented itself as the leading search engine provider. Its status is so well known that long ago it reached the point where the brand became embedded in our vernacular as a verb.

In 2015 the business was restructured under a public holding company called Alphabet. While Alphabet includes other businesses, the sheer size and reputation of the Google brand means the two are often referred to synonymously.

Nevertheless, you would have to go back to August 2004 when Google made its IPO, raising US$1.9bn by selling 22.5m shares for US$85 each. Even after a stock split in 2015, the Google share price has raced to an all-time high in recent months, around US$1300 per share. The conglomerate has also flirted with being the world’s largest valued company several times. That begs the question, what does the company’s outlook consist of?

There is still a second act set to play out

Earlier this year when Alphabet reported its results, there were concerns around Google’s slowing advertising revenue growth. As a result, the stock was heavily sold off and until recently, traded sideways throughout 2019.

The good news, however, this appears to have been just a blip on the radar. This time around, in the company’s most recent quarterly results, revenue growth started to pick up once again.

Across the board the company posted US$38.94bn in revenue, beating expectations of US$38.15bn. Having dipped to 17% year-on-year revenue growth in the first quarter, this edged up to 19% this time around. At the same time, earnings per share significantly beat forecasts, coming in at US$14.21 per share versus US$11.30.

After a poor showing earlier this year, YouTube has found its mojo again. The division remains the second-largest growth driver for Google’s revenue. Concerns around the pressure from regulatory policy impacting growth appear unfounded. Momentum is building for the division, despite a somewhat challenging environment, but there’s little reason to believe Google won’t come out the other side of things with renewed focus.

A rare look into the cloud(s)

Between Amazon, Microsoft and Google, the battle for commercial cloud computing supremacy is on. For the most part, Alphabet has remained incredibly tight-lipped and secretive about its progress.

Fortunately, the recent quarterly update showed things are swelling at a rate of knots. In February 2018, the cloud business was operating at US$1bn in revenue per quarter. Fast track to today and the annual revenue run rate for the company is around US$8bn. That means revenue has effectively doubled in the space of a year and a half, despite major competitors occupying pole position.

With the division already the third-largest driver for overall revenue growth, and Alphabet to continue investing more money into this space, margins are likely to lift. That’s because the company will be in a position to better leverage its scale and bundle other products as Microsoft has done with Azure.

Signs of efficiency are emerging

Among key metrics, Google monitors its traffic acquisition costs. Essentially, these are the expenses incurred by the company when paying its partners (e.g. Apple) to use the Google search engine as the default browser in their hardware, applications or on their websites.

As more and more products hit the market, it is only natural for these costs to increase. It is a good sign as far as market penetration. Impressively, however, Google comfortably beat expectations surrounding this key indicator. While analysts expected US$7.27bn in traffic acquisition costs during the second quarter, the conglomerate reported a rise of 14% to just US$7.24bn.

Furthermore, traffic acquisition costs as a percentage of Google’s advertising revenue decreased one point from 23% last year, to 22%. The reduction has a significant impact on Google’s margins and profit, with this improvement suggesting that efficiencies are starting to emerge and show the company’s operations to be ticking over strongly.

Another key observation was that the average price of Google’s ads, referred to as cost-per-click, managed to ease its slide. A result of -11% was much better than expected and offset slowing growth in paid clicks.

A company sure of its growth prospects

Rounding things out, the management team has also announced a US$25bn stock repurchasing program. Not only does this show faith in the company’s growth trajectory, but it will serve as support to the Alphabet share price.

Another positive to emerge was the rebound in hardware sales as the new Pixel 3a and 3a XL were released. With unit sales more than doubling, this propped up the company’s overall earnings beat since it was the single-largest upside surprise against forecasts.

Beyond that, with an entire division of up-and-coming speculative yet lucrative ‘bets’, Alphabet has a pipeline of new earnings possibilities ahead. That includes self-driving unit Waymo, which brought in US$162m for the quarter; Google DeepMind, an artificial intelligence division; Project Loon, an internet-beaming hot air balloon concept; or any other of its early-stage ventures.

For all those abstract ideas, however, the focus for Google remains simple yet convincing as far as the upside – that is, a strategy to continue refining advertising services, building momentum with YouTube, pitching for market share in the commercial cloud sector, and optimising traffic acquisition costs via scale.