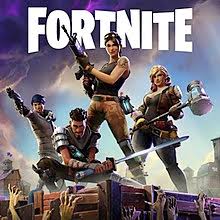 Posted at 13:21h in Investing in US Stocks, Stock Report by Paul Levett
0 Likes

With the whole world seemingly going into lockdown, it’s a tough time for companies globally. Restaurants, pubs, and clubs are deserted, cinemas and shopping centres are empty, and sporting contests are going ahead without crowds. But there are a few select industries that are benefitting from having a captive audience stuck at home. The streaming services such as Netflix, Disney, HBO, and Apple will all be surging in popularity. As will Internet and web conferencing services supporting people working from home. Our stock in focus today is also in an industry that will benefit heavily from having people camped on the couch – software maker and action/adventure game producer Take-Two Interactive.

The gaming segment has undergone massive changes in recent times, thanks to what the industry calls the “Fortnite effect”. If you don’t know what Fortnite is, then go and ask your nearest teenager. The game has been a phenomenon, not just for the number of players it has attracted, but for the price structure surrounding it. So what’s so unique about the price – well, the game is free to play. Yes, you read correctly, totally free.

But that hasn’t stopped it’s maker Epic games from raking in $1.2 billion in revenue in its first year. Instead of charging a one-off fee to purchase the game, players can pay approximately $10 to buy a season pass that gives them extra benefits, but not advantages, in the game. Players can also purchase cosmetic items such as outfits and mean-looking weapons, which have no beneficial effect on their gameplay other than their looks. So yes, you can play the game totally for free and never spend a cent, but the kids, and many adults, are happy to fork over dollars for an enhanced experience.

It has been a revelation for the market. And has all of the big players, including our recommendation here, Take-Two Interactive, rethinking their own pricing strategies. A lot of the traditional gaming companies have seen share price falls thanks to Fortnite. But it has been a giant oversell. Fortnite still makes a fortune – it just makes it in a different way. And when the traditional companies start using similar strategies it will be just as beneficial for them as it was to Epic. It is all about content, and Take-Two has it in spades.

Take-Two is the owner of three of the biggest franchises in gaming. From Grand Theft Auto, which is the fourth biggest selling computer game franchise of all time, behind only Mario, Pokemon, and Tetris. To the basketball series NBA 2K, which is released on a yearly basis and is an annual cash cow for TTWO. To top it all off they own the western-themed Red Dead series, which produced the biggest game of 2018 in Red Dead Redemption. In an era when content is king, it’s pipeline of games is second to none.

Besides the stable of games, it is the balance sheet that impresses us about TTWO. The company generates a lot of cash and has over $1 billion lying around ready for investment. They love a share buyback as well, which signals they have faith that they are buying their own companies shares for less than they are worth. The gaming industry is currently worth around $135 billion and growing at a rate of 8-9% annually. And TTWO is in the best position to take advantage of that growth and to ride the new wave of game players that games like Fortnite have attracted to the industry.

Their most recent earnings release on February 6th saw a stumble in the share price of TTWO. Both revenue and earnings came in below expectations despite strong performances from products Grand Theft Auto Online and Red Dead Redemption 2. Customer expenditure on Grand Theft continued to grow at 54% year on year, and spending on Red Dead was only slightly behind. Monetizing on the NBA2k20 was less than it should have been, with TTWO putting the focus on adding subscribers rather than cashing in before it is ready.

Guidance was still impressive, and it would have been made without the knowledge that they would have a worldwide captive audience stuck in the house for the next six months and desperate for home entertainment options. Spending from current users is likely to increase of course, and an earnings beat next time around is definitely on the cards. But more importantly, new subscribers will come on board that have the potential to stick around and boost revenue long into the future. As we have said many times before, subscriber numbers are key in this day and age. Once you have them you have a locked-in income stream that sticks around.

Not surprisingly, after their initial fall in February which saw them lose around 10%, TTWO is only down around 6% more while the rest of the market has lost more than 30%. In my estimates, they should be bouncing right now, so expect them to be one of the leaders when this market eventually turns around. Heavy sell-offs on Wall Street always throw up great buying opportunities and Take-Two is just such an opportunity in 2020.