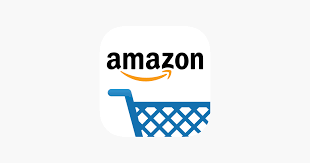 Posted at 11:47h in Investing in US Stocks, Stock Report by Paul Levett
0 Likes

No doubt you’ve heard of Amazon (AMZN). It’s more than likely that you’ve purchased something from their website, or at the very least watched one of their TV shows, read a book from their kindle store (possibly on a kindle reader), or had something stored in their vast empire of cloud storage facilities. Their footprint across the globe is staggering – a PBS documentary has labelled the company “one of the most influential economic and cultural forces in the world”.

They are considered one of the big 4 US tech companies – along with Apple (AAPL), Google (GOOGL), and Facebook (FB), and one of only four stocks with a market cap of more than $1 trillion – along with Apple, Microsoft (MSFT), and Google. They are the second-largest US employer – behind bricks and mortar retailer Walmart (WMT) with just under half a billion employees worldwide. And every time it grows it has to hire tens of thousands more – albeit on rock-bottom wages. If you consider that the company doubled in size between 2016 and 2018, you can imagine the impact that this has on the economy. These big tech companies are running the world.

Amazon’s online retail service originally started as a book store, but quickly grew to electronics, fashion, toys, home goods and pretty much anything else you could think of. It sells approximately $250 billion worth of products each year. Half of these sales come from Amazon’s own products while the other half comes from third-party sellers, whereby it allows merchants to sell through their website and take advantage of Amazon’s warehouses, fulfilment centres, and logistics and delivery capabilities. Of the $123 billion that came from third-party sellers in 2019 Amazon took a cut of around $37 billion.

While it’s the largest e-commerce business in the US and the second-largest globally, it is dwarfed in size by Chinese competitor Alibaba (BABA) who through its Taobao, Tmall, and Aliexpress sites gets through around $768 billion in sales. JD.com is another Chinese competitor who sits just behind Amazon in sales, operating its own logistics network with more than 500 warehouses and 7,000 delivery stations.

Interestingly, Walmart just happens to have a 5% stake in JD.com. This helps Walmart sell products into the Chinese market of course. But crucially it will be invaluable in helping the largest retailer in the world with its concerted push into re-imagining themselves into an online powerhouse in their own right. They will be Amazon’s biggest challenger to their US e-market dominance going forward.

Amazon’s aim at this point is to spread its tentacles across the entire consumer market. It has it’s Amazon Prime business which offers same-day delivery to over 68.7 million households who subscribe to the service. Prime users also take advantage of the Amazon Prime Video service, which they get for free with a membership, and has 150 million users worldwide. That’s only 17 million fewer viewers than leading streaming service Netflix (NFLX).

Add to this the Prime music service, digital game store, its market-leading Echo smart speakers with voice-controlled intelligent personal assistant service Alexa, kindle hardware, the kindle book store, Fire tablets. Then include grocery delivery business AmazonFresh and Amazon’s purchase of Whole Foods in 2017. Along with owning the worlds largest Web services and cloud storage business and you are starting to get a glimpse of the reach of this behemoth.

Amazon web services bring in annual revenue of approximately $33 billion per year at the moment. It’s growing at around 35% year on year in what is an extremely profitable segment of the business. In 2018 while it brought in 13% of all revenue companywide, it accounted for 68% of the operating income. The margins are unlike any other in the Amazon ecosystem, and the extra cash being brought in is being used to help expand the company’s other offerings.

Amazon as a company has a lot going for it. Enormous wealth and reach. A leading position in the rapidly expanding e-commerce sector. A sticky membership offering that keeps customers loyal. A logistics network it has taken years to build that provides the best delivery service of any other, and which is, for the most part, not reliant on outside influences. And a leader in CEO Jeff Bezos who is intent on driving the company to world dominance.

But it’s not all beer and skittles. With a price to earnings ratio of almost 100, it is not exactly cheap. But it’s a darn sight better than when the p/e was over 500 just a few years ago. It also has a competitor in Walmart who has only just begun to move into the e-commerce realm and has the money, the power, and the customer base to be a serious thorn in the side of Amazon. Walmart’s p/e is a much more acceptable 23.54 and is a great buy in its own right. That doesn’t mean Amazon is not of course.

Their size alone dictates that an expensive valuation can be easily hauled in if it continues to grow and take market share off of its competitors. It has the size and capability to move into any retail segment it chooses and dominate its competitors. Its recent purchase of online pharmacy website PillPack is a case in point. Suddenly Amazon is a competitor in the pharmaceutical sector taking on the likes of CVS (CVS) and Walgreens (WBA). It’s little wonder that Walmart was also desperate to buy PillPack.

And if it can do this in the pharmaceutical industry it can do it in pretty much any industry that sells a product to consumers. Smaller competitors don’t stand a chance when a company the size of Amazon moves in against it.

Now if you are planning on purchasing Amazon stock you need to leave your morals at the door. The company has a seriously ordinary reputation for the way it treats its workers, the environmental impact it has, and the tax avoidance schemes it uses. It has provided facial recognition technology to law enforcement agencies, partnered with the CIA, singlehandedly destroyed bookshops, bullied local governments, engaged in anti-competitive customs, and placed undue pressure on smaller suppliers to extend its profits. Basically all the requirements of a ruthless competitor.

But if you can overlook all of that you have a company, that while on the expensive side, has the capacity to continue to enhance its global footprint and expand in size until it takes over the world. And you can’t put a price on global dominance.