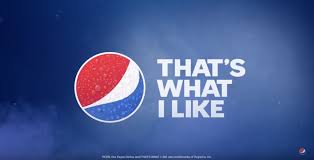 Posted at 14:41h in Investing in US Stocks, Stock Report by Matthew Jones
0 Likes

PepsiCo Inc (PEP) once used the slogan “That’s What I like” and we certainly like this stock for its very attractive dividend history. It even makes the cut in our Dividend Growth Model Portfolio. It announced profits recently and we thought we might take the opportunity to delve a little deeper into this company and the 23 billion-dollar reasons why we like it. (Bet you didn’t know Pepsi was once the sixth-largest military power in the world!….read on to find out more)

PepsiCo Inc is a leading global food and beverage company with a complementary portfolio of brands, including Frito-Lay, Gatorade, Pepsi-Cola, Quaker and Tropicana. Through its operations, authorized bottlers, contract manufacturers and other third parties, it makes, markets, distributes and sells a wide variety of beverages, foods and snacks, serving customers and consumers in more than 200 countries

PepsiCo has a portfolio including 23 billion-dollar brands that generated more than $1 billion each in estimated annual worldwide retail sales in 2019. Forbes has listed PepsiCo as one of the top 30 most influential brands in the world.

These 23 billion-dollar brands include:

The company—either independently or in conjunction with third parties—makes, markets, distributes and sells ready-to-drink tea and coffee products through joint ventures with Unilever PLC (UL) (under the Lipton brand name) and Starbucks Corp. (SBUX), respectively. Keurig Dr Pepper Inc. (KDP) owns the U.S. rights to 7 Up while PepsiCo owns the rights outside of North America.

In comparison, Coca-Cola Co. (KO) has a portfolio including 20 billion-dollar brands that generated more than $1 billion in estimated annual retail sales in 2019. The company’s most popular beverage brands include Coca-Cola, Diet Coke, Sprite, Dasani, Minute Maid and Powerade.

The Pepsi-Cola brand is PepsiCo’s namesake and it is also the company’s oldest and most valuable brand. In 2011, the last time PepsiCo provided brand-based sales data, Pepsi was generating more than $20 billion a year in estimated worldwide retail revenue. Pepsi is sold in over 200 countries. Despite its success, Pepsi is only the third-most popular soda, behind Coca-Cola and Diet Coke.

After Pepsi-Cola, the Lay’s brand is PepsiCo’s second-most-valuable brand. The last time that PepsiCo provided individual brand sales data, Lay’s produced around $9 billion in worldwide retail sales. The broader Frito-Lay segment accounted for 25% of PepsiCo’s net revenue or nearly $17 billion and 45% of its operating profit in 2019. In 1961, The Frito Company and H.W. Lay & Company merged to create savory snack giant Frito-Lay Inc. In 1965, Pepsi-Cola Company and Frito-Lay merged to form PepsiCo.

In 2001, PepsiCo purchased Quaker Oats for $13.4 billion. Gatorade is the market leader in sports drinks by a wide margin. The brand has over 72% market share in the U.S. The next closest competitor is Coca-Cola’s Powerade brand at 16% market share. Gatorade is neck and neck with Mountain Dew for PepsiCo’s third-most-valuable brand, with over $7 billion in worldwide sales.

The company has a balanced mix of attractive growth categories. PepsiCo generates more net revenue from its snacks brands than from its beverages brands. In 2019, snacks and food products represented 54% of PepsiCo’s total net revenue, up 5% from 49% in 2010. Globally, PepsiCo is the clear market leader in the snack food category and a strong number two in the beverages market, with leadership in key international markets like Mexico and Russia. According to Information Resources Inc., in 2019 PepsiCo held a 22% retail sales share in the U.S. liquid refreshment beverage category, while Coca-Cola Co. had a 20% share

Along with investing in the business, PepsiCo’s key capital allocation priorities for 2020 include paying dividends, repurchasing shares and strengthening its positions through acquisitions. PepsiCo increased its quarterly dividend in May by 7.1% from $0.955 per share to $1.0225 per share. The company has increased its dividend for 48 consecutive years, the longest streak in our Dividend Growth Portfolio. In fiscal-year 2020, PepsiCo expects to return $7.5 billion to shareholders via dividend payments of $5.5 billion and share repurchases of $2.0 billion.

PepsiCo announced its intention to acquire BFY Brands—the maker of PopCorners snacks—in 2019, and energy drink brand Rockstar Energy in 2020. BFY Brands is a better-for-you snack company, directly addressing the growing customer trends toward healthier eating. The company also recently acquired CytoSport Holdings Inc., the sports nutrition business behind protein shake brand Muscle Milk and Pioneer Foods Group, a South African food and beverage company to help grow its sub-Saharan Africa business. It is possible that a few of these brands will be the next ones to join the $1 billion PepsiCo brand club.

What Analysts Are Saying

Garrett Nelson, an equity analyst at CFRA Research, presents a strong investment case for PepsiCo. He describes the company as a low-beta, more defensive blue-chip name with a strong balance sheet and high degree of earnings stability. Despite some recent weakness in beverage trends, he is looking for improvement in 2021 and beyond. Nelson sees faster-growing international markets and the Frito-Lay business as the primary growth drivers over the long term. In addition to PepsiCo’s leading market positions, its focus on healthier snacks and beverages will likely continue to drive the top line.

In 2019, PepsiCo’s net sales rose 3.9% driven by organic growth of 4.5%. Organic sales growth was driven by increased snacks volume and pricing gains in emerging markets. Nelson thinks PepsiCo has many levers it can pull to drive growth in both beverage and snack products, and has been proactive in shifting its portfolio toward healthier products (e.g., Bubly flavoured sparkling water, Sabra hummus and Stacy’s Pita Chips) and energy drinks, agreeing to purchase Rockstar Energy in March 2020 as mentioned above. Earnings before interest, taxes, depreciation and amortization (EBITDA) margins are expected to decline slightly in 2020 from the 2019 level of 19.4%, as benefits from price increases and higher volumes are fully offset by lower productivity from impacts related to coronavirus safety precautions.

The carbonated soft drink business faces ongoing headwinds from changing consumer preferences and rising health consciousness. In 2018, soda consumption in the U.S. fell for the 13th straight year to its lowest level in more than 30 years.

On the lighter side of news, PepsiCo celebrated the anniversary last month of its 1972 agreement with the USSR. The deal is interesting because at that time the USSR did not have access to foreign currency and the Ruble could not be exchanged in the international market. So, the USSR had to find an alternative way to pay for Pepsi. The solution was to pay with Stolichnaya vodka!

In 1989, the agreement was about to expire and negotiations to sign a new one began. At the time of the new deal, PepsiCo already had more than 20 factories in the USSR that bottled Pepsi for distribution. The new trade agreement had a cost of about $3 billion, and it was clear that Stolichnaya vodka exclusivity wasn’t enough to pay for it. Again, the Soviet Union had to find a solution: If in the 1970s they had plenty of vodka, now in the 1980s they had plenty of military equipment inherited from the Cold War. The USSR offered to pay Pepsi with a fleet of diesel ships. Pepsi accepted the deal because they knew that it was the only way to continue to sell Pepsi in the USSR. The agreement included 17 submarines, a cruiser, a frigate and a destroyer, which were sold to a Swedish company for scrap recycling. Those 17 submarines made Pepsi, for a few days, the sixth-largest military power in the world by number of diesel submarines!

PepsiCo’s track record of dividend growth is astounding. As mentioned above, the company has paid and INCREASED its dividend for the last consecutive 48 years! That includes a number of business cycles and economic conditions. No matter what is happening in the world, PepsiCo somehow finds a way to reward shareholders via increased dividends. And they have done it again this year with yet another increase. If you had to bet what will happen to the dividend next year what would you say? An increase or a decrease? If the dividend increases then it is likely the share price will too, giving investors two bites at the same pie.

But not only are they increasing dividend payments, they are buying back shares which means each share remaining owns a larger slice of the pie.

Research has shown that companies that perform share buy-backs tend to outperform the market and also those that consistently improve their dividends do likewise. Pepsi is doing both in a tough environment. What more can you ask for as an investor?